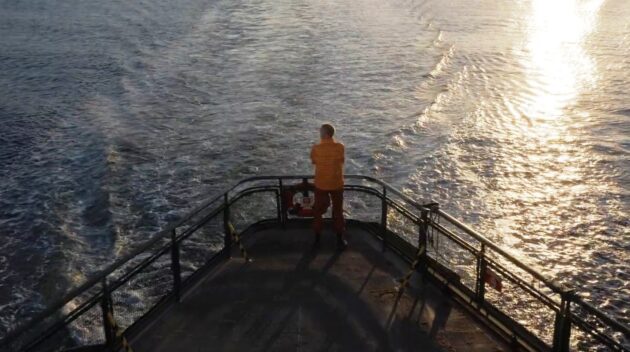 Could magic mushrooms hold the key that unlocks the secrets of consciousness?

Well, maybe not the only key. But Allen Institute neuroscientist Christof Koch says that hallucinogenic drugs such as psilocybin, the active ingredient found in special types of mushrooms, can contribute to clinical research into the roots of depression, ecstasy and what lies beneath our sense of self.

“What they can teach us about consciousness is that the self is just one aspect of consciousness,” Koch says in the latest episode of the Fiction Science podcast. “You’re still highly conscious, and very often this is associated with states of ecstasy, or states of fear or terror, or a combination of ecstasy and terror. … What’s remarkable is that in all of these states, the self is gone, and very often the external world is gone, yet you’re highly conscious.”

The quest to understand consciousness through detailed analysis of the brain’s structure and function, scientific studies of religious and traditional practices — and yes, research into the effects of psychedelic drugs — is the focus of a 102-minute documentary film titled “Aware: Glimpses of Consciousness.”

“Aware” has been on the film-festival circuit for weeks, and an online showing will be the centerpiece of a live-streaming event set for Nov. 10. The documentary will also air on PBS stations next April as part of public TV’s Independent Lens series.

Koch, who’s the chief scientist of the Seattle-based Allen Institute’s MindScope brain-mapping program, is one of the stars of the show.

Koch says he agreed to participate in the project because filmmakers Frauke Sandig and Eric Black were asking “interesting questions” about consciousness.

Among those questions: Do animals and plants possess levels of consciousness? What do Tibetan Buddhist monks, meditators and traditional Maya healers experience when they go into altered states? Are there clinical applications for psilocybin and other hallucinogens?

Koch himself has explored more than one path leading into the secret garden of consciousness: In addition to mapping the brain at the nanoscale, he has worked with other neuroscientists to develop a “conscious-meter” that could be used to measure the awareness of patients who are non-responsive to treatment.

“We’re developing this procedure where you essentially knock on the brain with a magnetic pulse, and you measure the reverberation, and you can look at the complexity of the EEG [brain wave pattern],” Koch said. “If it’s complex, the patient is likely conscious although he might not respond. If it’s low-complex, the patient fully isn’t there. … This shows progress on this very old mind-body problem, so we are not forever condemned to walk around in an epistemic fog.”

Another, more personal path has to do with psilocybin. In the film, Koch recounts his experience taking magic mushrooms under expert guidance.

“They totally are magic in the sense that you lose somewhat your sense of self — you know, that constant nagging voice in your head that reminds you of your inadequacy and the things that you still haven’t done, et cetera,” he told me. “And you can be out there in the world. So it’s sort of an enhanced mindfulness.”

Koch isn’t the only one with a professional interest in psychedelics. “There are 55 different clinical trials right now for various psychiatric conditions in which psilocybin is used — one or two trials of psilocybin for, let’s say, treatment of major depression disorder, post-traumatic stress disorder, cancer-related anxieties, alcoholism, etc., etc.,” he said. “It’s always in combination with a therapist, so it’s never alone.”

This month, Seattle’s city council unanimously passed a resolution that called for deprioritizing the enforcement of laws banning the use of psilocybin and other natural hallucinogens. Koch said such steps, coupled with further clinical research, could eventually bring hallucinogenic drugs into the medical mainstream.

“What might happen, once some of these drugs get approved and pass clinical phase 3 trials and get approved by the FDA, always together with a therapist, then you can go to your doctor and he can prescribe it off-label,” Koch said. “So you can tell your doctor, ‘I feel slightly depressed,’ whatever. And then the doctor can say, yeah, so we’ll give you two doses of this.”

The psilocybin connection comes out even more strongly during the film’s interviews with Roland Griffiths, director of Johns Hopkins University’s Center for Psychedelic and Consciousness Research. Griffiths and his colleagues have conducted more than 600 experimental sessions in which psilocybin was administered to patients — including patients dealing with life-threatening cases of cancer.

“The measures of depression go markedly down,” Griffiths says in the documentary.

Another researcher featured in “Aware,” Monica Gagliano, is conducting experiments at the University of Sydney and other research institutions to determine the level of awareness that plants have about their surroundings.

“We know that trees and plants are not only able to detect sounds from their environment, but would also produce their own sounds,” she says in the film. “The incredible amount of data that is emerging in the field of plant behavior and communication is obviously pointing at more uncomfortable questions, of whether plants are actually sentient, intelligent, conscious.”

Koch wouldn’t go that far. But he does suspect that animals (including his dog) have differing levels of consciousness. That would be predicted by a conceptual framework known as integrated information theory, or IIT — a theory espoused by Koch. One of the ideas behind IIT is that the level of consciousness is determined by the amount of irreducible integration built into an information system.

The theory has drawn plenty of debate in neurological circles, and at least one experimental campaign has been organized to determine whether IIT or a competing model called global neuronal workspace theory does a better job of explaining the nature of consciousness.

If IIT is correct, Koch says that would rule out the science-fiction scenario of computers becoming conscious.

He acknowledges that artificial intelligence could one day become capable of mimicking every feature of human intelligence, “including writing books and painting and doing all the other things that we believe are unique to us.”

“So the question is, if they can be as intelligent as us, don’t they also share our consciousness? And this is where IIT differs,” Koch said. “You can simulate the behavior … but that doesn’t mean you have the same causal power. It’s just like you can simulate the gravity associated with a black hole, but funny enough, you don’t have to be concerned that you’re going to be sucked into the cavitation.”

The answer to the question might be different if inventors managed to build a neuromorphic computer that duplicated the structure and function of the human brain, rather than merely simulating human-level intelligence. But that could be decades or even centuries away.

Koch, who’ll turn 65 in November, is fully aware that he’s not likely to see all the mysteries of consciousness revealed during his lifetime.

“We are making progress on things like the conscious-meter, but it’s slow,” he said. “If you’re a scientist, you know you stand on the shoulders of giants, and it’s a generational project to illuminate the darkness in the world and try to understand, in a rational way, the place that we humans in particular occupy in the universe. It’s something very humbling … but that is the mission that I’ve chosen for my own life.”

So is there one mystery that Koch would like to see revealed? Even he was surprised by the answer he came up with: “Are there other intelligences out there?” he said. “I mean humanlike, not just bugs.”

For example, is there a chance that aliens will broadcast unmistakable signals picked up by the search for extraterrestrial intelligence? Could they send an interstellar asteroid like Oumuamua through our solar system as a calling card?

“It would be nice to have some certainty,” Koch said, “because that would dramatically change the discussion on planet Earth.”

This report was originally published on Alan Boyle’s Cosmic Log. Check out the original posting for bonus links to Koch’s favorite movie about consciousness, the book that tops his reading list and other recommendations from the Cosmic Log Used Book Club.